Our first real snow of the season brought much delight to our household.  It was on the weekend, which is great right there because we don’t have to drive to work. And it meant we had lots of time to play outside.

Pip and I got all bundled up. It was our first time using her new snowsuit. She kept calling it her bathing suit. She had some great boots that she could walk in easily, unlike last year’s pair that she could not maneuver in. Coats, hats and gloves completed the look. 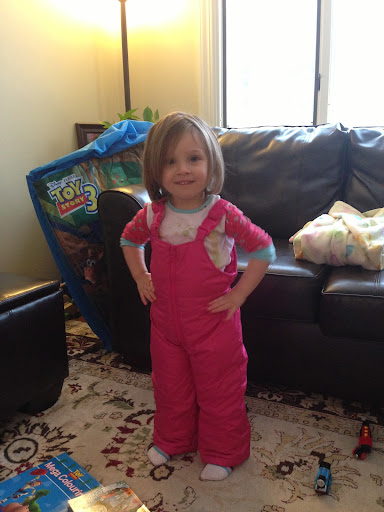 The snowsuit stayed on for the good portion of the day…even inside.

As soon as we were outside, her look of wonder was on her face. Immediately, her gloves were off.

“Can I touch it with my hands?” she asked, breathless. I smiled at the fact she asked me this, and told her yes, again.

We were down in front of the house when she thought to ask, “Can I eat it?”

The snow was so fresh and her face so expectant that I just had to say yes. She laughed and laughed as little red fingers lifted the snow to her lips, and tongue. Over and over. 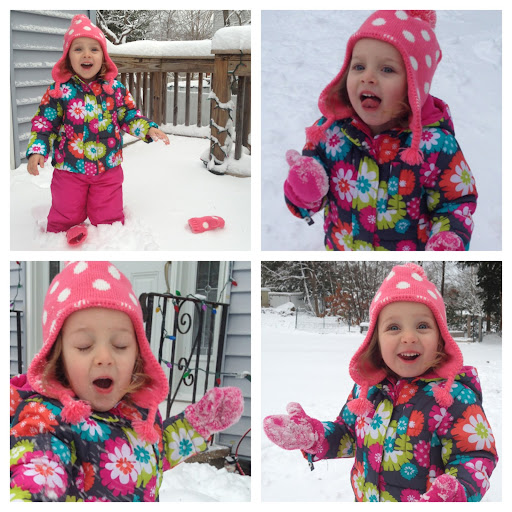 Getting to watching Firsts is one of the coolest gifts of being a parent.

We made a snowman, then a snowdog (thanks to the Snowman movie we watched recently). We found rocks and twigs to accessorize them with. Eventually the snowman received Pip’s hat. 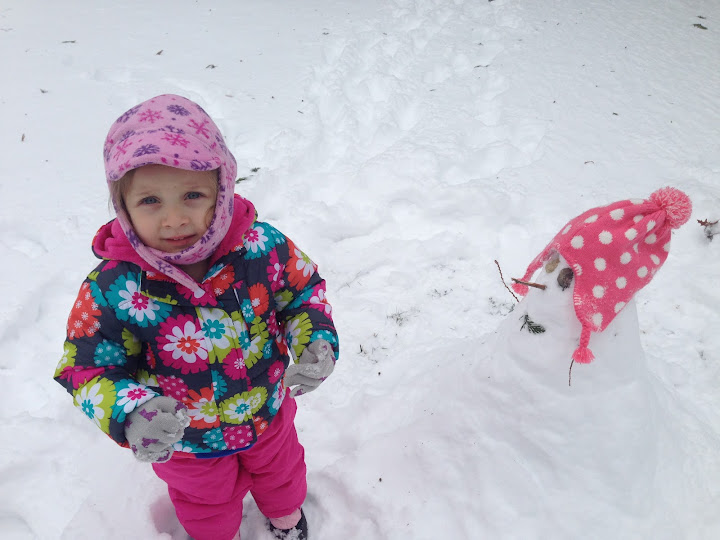 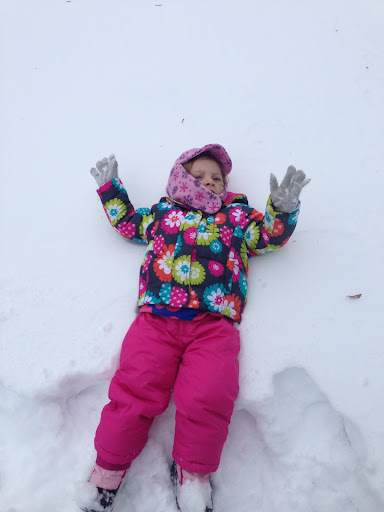 She sat on her little inflatable sled and I dragged her around and around the yard. “Faster! Slower! Don’t tip me!” 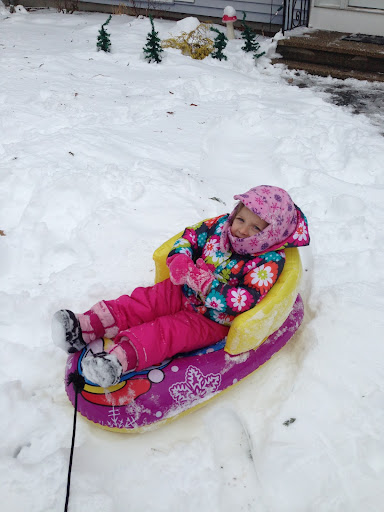 And of course, when we came inside, we had to have hot chocolate. 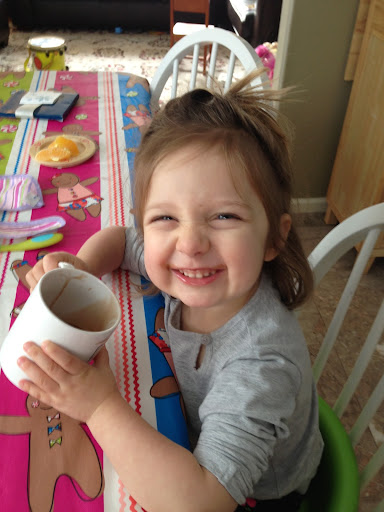 But winter has its own treasures, too.  These snowflake joys, these cold-nosed pleasures. 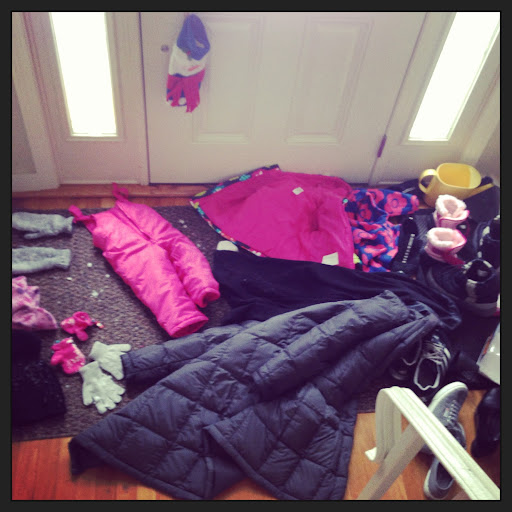 This entry was posted in Uncategorized and tagged toddler, winter. Bookmark the permalink.